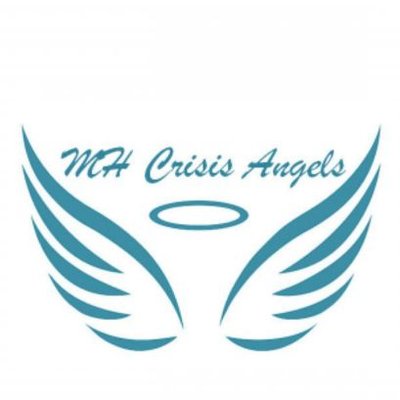 To those new to my blog and don’t know and want more specific information on what this new post is about, click on the link here

Becoming part of a brand new project called the @MHCrisisAngels last September was one of the best things that could ever happen to me, let alone re-joining Twitter in the first place with the @MaddDawgDailey account I have had since April 2018. I know I have written blog posts about that in the past, but I really want to express how much of a privilege it has been to be a part of this community of people working together for quite some time now. If you read the post in the link above, you already know we’re a voluntary, informal, peer-support network in the Direct Messages section if Twitter. Since September 2018 and forward, I did not know what to expect. Obviously none of us are professionals and most likely don’t have any if not a little experience actually working in mental health, but that is what attracted me to it. We live with a mental illness every day. We know the struggle. We know the experience. So when somebody on twitter is struggling mentally and wants to talk to someone, and chooses to talk to one of us, I personally can always relate to at least one of the things they are expressing to me.

When our team was first beginning to develop, it was not easy. For me personally, I was still working out my problems in my own life and was constantly at war with my brain. Often on the edge, it didn’t really affect my early chats with our earliest service users (the term we use for the people who reach out to us) in a negative way. Having said that, that was more-so the case on the surface. I was very quickly finding my way in talking to people who were feeling hopeless, inferior to others, and even suicidal (to which we provide suicide prevention links with contact information since, once again, we’re not professionals). I had developed friendships with team members, even from miles apart geographically. And as for the service users, it took me a long time to develop the confidence to set boundaries so friendships and too much of a close relationship would not overtake me AND them. A couple months into our work, I was struggling a lot as were other team members. But with me, it wasn’t just things in my outside life, it was not knowing yet how to say No to some people. Not knowing when to take a break. Not practicing self care. It took a toll on my mental health often where I felt the need to juggle multiple crisis chats at once if other people were not available to pick them up. My engine would get closer and closer to running on an empty tank. And I felt I had to go above and beyond, for fear of being kicked out of the team, not logically realizing if that was the case, we all would be getting kicked out. And obviously this didn’t happen. While some team members came and went for personal reasons, we continued to grow within the first few months up until the very end of 2018. I am happy to say a few people who joined in these early months are still here and have been a major help in me giving myself the permission to take breaks, practice self care and set boundaries with frequently active service users. To this day, they still occasionally have to remind me lol.

Around Christmas of last year, we came up with an idea to give service users a chance to come together in a group chat hosted by many of us on the team. To get through the holiday season basically. We called this the Angel Christmas Sanctuary. It would serve as a fun and safe environment where people who have reached out to us can get to know each other so they feel less depressed, alone etc. This ran for a couple nights, specifically Christmas Eve and Christmas Day. It was a huge success. No sooner had we received some very positive feedback from the service users who attended the Sanctuary, that we set up another one for New Years a few days later. Since then, sanctuaries during major holidays have become a standard thing with the Angels and it has brought so many of us together and provided even more support for people who were already getting it from us.

By the time we got to 2019, things still felt like the beginning stages to me, but at the same time, those first three and a half months felt like a long, exciting journey. The people I worked with up to that point were like family but also I felt like I knew them on Twitter much longer than I actually did. By this point, I started writing a blog series called How Twitter Saved My Life which detailed my mental journey from last spring, to starting my blog, to re-joining twitter, to joining the Angels. But it was still the beginning. And as for me, what we were doing so far would only get bigger and I would possibly feel less pressured to handle so many things with it at once. But let’s not get ahead of ourselves. (To be continued)

Here our some more links below related the Angels:

One thought on “#TheAngelExperience So Far… (Pt 1)”